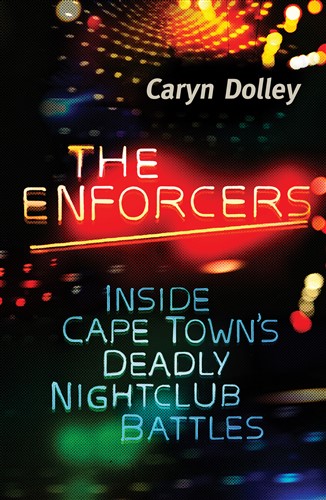 Here is the Cape Town underworld laid bare, explored through the characters who control the “protection” industry – the bouncers and security at nightclubs and strip clubs.

At the centre of this turf war is Nafiz Modack, the latest kingpin to have seized control of the industry, a man often in court on various charges, including extortion. Investigative journalist Caryn Dolley has followed Modack and his predecessors for six years as power has shifted in the nightclub security industry, and she focuses on how closely connected the criminal underworld is with the police services. In this suspenseful page-turner of an investigation, she writes about the overlapping of the state with the underworld, the underworld with the ‘upperworld’, and how the associated violence is not confined to specific areas of Cape Town, but is happening inside hospitals, airports, clubs and restaurants and putting residents at risk.

A book that lays bare the myth that violence and gangsterism in Cape Town is confined to the ganglands of the Cape Flats – wherever you find yourself, you’re only a hair’s breadth away from the enforcers.