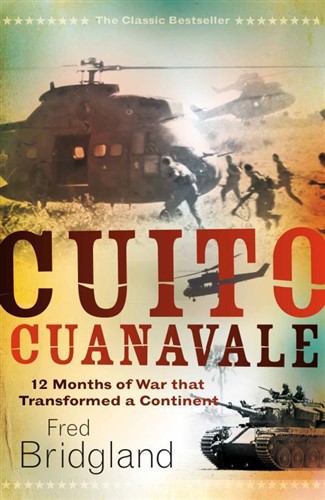 “As we advanced the tanks began firing ahead speculatively. It was an amazing sight. After an Olifant [tank] unleashed a 105 mm shell you saw a path opening up through the forest just like the Red Sea divided for Moses.”

It is September 1987. The Angolan Army – with the support of Cuban troops and Soviet advisors – has built up a massive force on the Lomba River near Cuito Cuanavale in southern Angola. Their goal? To capture Jamba, the headquarters of the rebel group Unita, supported by the South African Defence Force (SADF) in the so-called Border War.

In the battles that followed, and shortly thereafter centred around the small town of Cuito Cuanavale, 3 000 SADF soldiers and 8 000 Unita fighters were up against a much bigger Angolan and Cuban force of over 50 000 men.

Thousands of soldiers died in the vicious fighting that is described in vivid detail in this book. Bridgland pieced together this account through scores of interviews with SADF men who were on the front line. This dramatic retelling takes the reader to the heart of the action.

The final battles of the war in 1987 and 1988 had an impact far beyond the borders of Namibia and Angola. They not only spelled the end of the last great neo-colonial attempts at African conquest by Cuba and the former Soviet Union, but also made possible the dismantling of apartheid in South Africa.